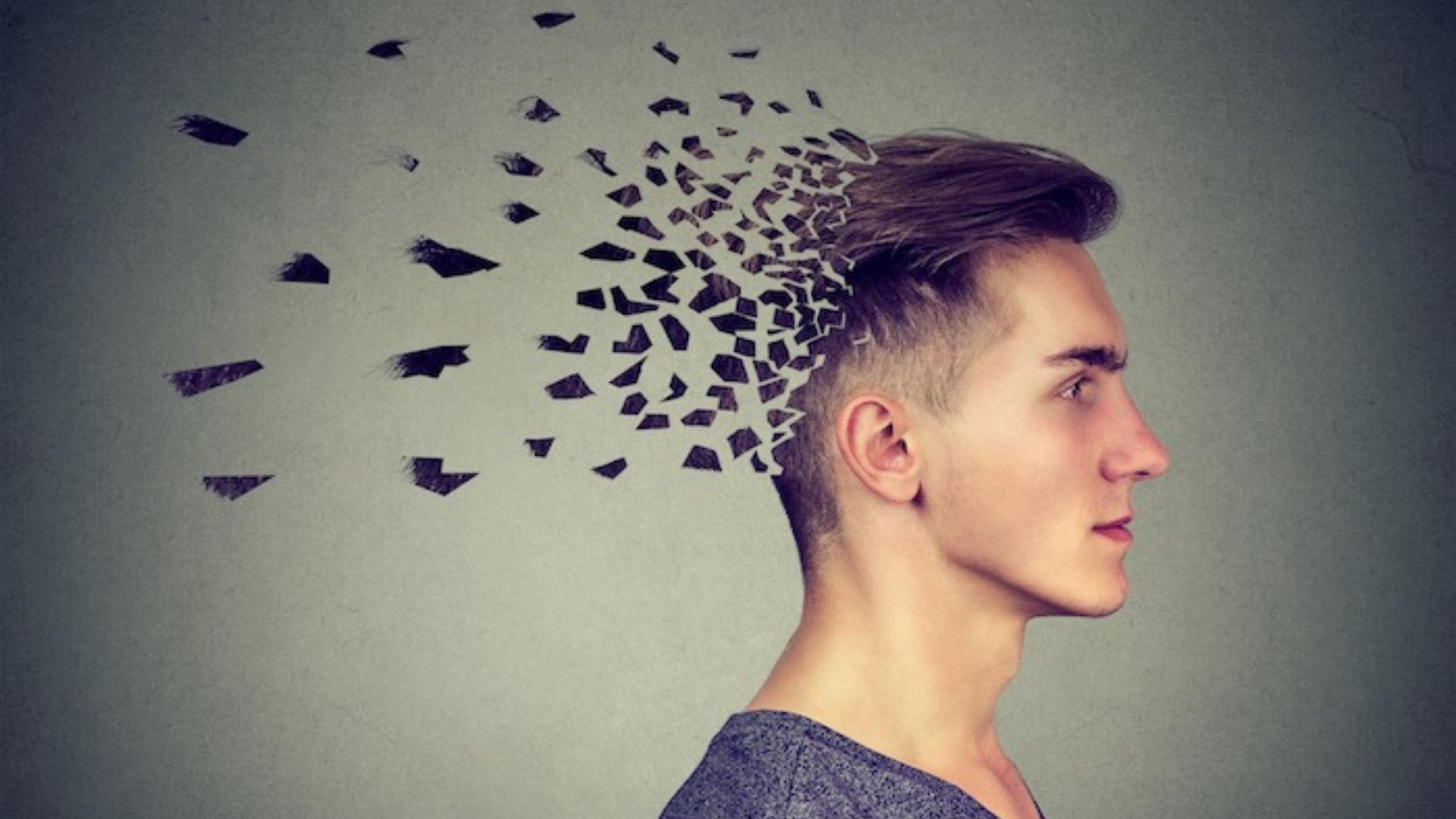 The Blood-Brain Barrier, or BBB, is a single-layered lattice of cells joined together by tight junctions that keep most substances out and allow few substances into the brain.

Toxic substances typically kept out include heavy metals, pesticides, pcbs as well as damaging proteins while substances allowed in are oxygen, hormones, and nutrients.

What is a Leaky Brain?
A brain is considered leaky when the Blood-Brain Barrier has been compromised in some way. . If the tight junctions become loose or broken, the BBB becomes more permeable and harmful substances can leak in. Harmful chemicals and proteins can damage the brain leading to inflammation; in other words, a Leaky Brain is an Inflamed Brain.
What Causes Leaky Brain?
The profound connection between the brain and the gut cannot be underestimated as research repeatedly confirms that microbes living in the gut affect the brain both positively and negatively.

In fact, the stomach and small intestine contain a lining similar to the blood-brain barrier which also keeps harmful substances from entering the gut.

Studies from Harvard³ show that wheat creates leaky gut in everyone as a protein called gliadin, found in wheat and gluten, increases another protein, zonulin. Zonulin weakens the tight junctions of the gut lining and BBB thereby contributing to leaky gut and leaky brain.

Five causes of Leaky Brain
1. Gut Dysbiosis (infections)
2. Leaky Gut
3. Autoimmune Disease
4. Mental Health Conditions
5. Stress & Vagus Nerve Dysfunction
All five of these categories have inflammation as a basis for the problem, yet they become even more problematic in the following disease states:
Mental Health Conditions and Leaky Brain
Whilst it is more obvious that leaky brain causes inflammation which then drives mental health conditions, it is less known that mental health conditions can also drive inflammation and leaky brain. The contributing factors could be:
1. Toxins
2. Stress Hormones
3. Neurotransmitters
4. Stress
The Brain-Gut Axis:
The Vagus Nerve Connection
The brainstem connects to the vagus nerve, which in turn connects to all the digestive organs. The brain sends signals through the vagus nerve to the organs. The organs also send signals through the vagus nerve to the brain.

If there is poor brain communication to the vagus nerve there can be many negative effects including:

What are the Signs and Symptoms of a Leaky Brain?
Leaky Brain manifests as multiple signs and symptoms, so pay attention to these as opposed to ignoring them:

- Chronic fatigue that does not improve with rest or sleep

- Headaches or migraines that come on suddenly become worse with standing, and grow more severe as the day progresses

Leaky Brain Can Cause:

An increase in VCAM-1 adhesion molecules which allow beta-amyloid peptides to accumulate in the brain forming plaques around nerve cells interrupting their function and blocking their nutrient supply, a process more commonly known as Alzheimer's disease.

Changes in the transport of molecules between the brain and bloodstream which allow Huntington Disease to progress and decrease the number of proteins available to form tight junctions within the BBB.

Brain inflammation and oxidative damage, increasing the risk for schizophrenia, by destroying BBB-supporting, astroglial cells and triggering the release of toxic inflammatory agents further breaking down the BBB.

Insufficient blood flow to the brain as well as abnormal brain activity, as seen in patients living with depression, because extended periods of brain inflammation disable adequate nerve function similar to schizophrenia.

Diseases that Contribute to Leaky Brain include:

Multiple Sclerosis – People with this disease have high levels of MMP9 which damages nerves along with significant albumin in the brain which promotes inflammation and makes nerves more susceptible to glutamate toxicity.

Autism – More of a reciprocal relationship, Autism can cause Leaky Brain and vice versa; BBB permeability is higher in people diagnosed on the Autism spectrum thereby tolerating mast cell activation and inflammation.

Are there Diagnostic Tests for a Leaky Brain?
With the assistance of an Integrative Health Practitioner, individuals can screen for their overall risk of Leaky Brain with one or more of the following tests:
GABA-EEG

Gamma-aminobutyric acid, or GABA, is a neurotransmitter that inhibits neural impulses. Once believed not to cross the BBB at all, recent research indicates that GABA crosses the BBB in small quantities. So, with the assistance of an EEG, the amount of GABA crossing the BBB (or the rate at which it crosses) can reveal the overall leakiness of the BBB

Spectrophotometry and Optical Imaging
Albumin, a prominent protein that circulates in the blood, cannot cross the BBB under healthy conditions. A dye called Evans Blue which only binds and dyes albumin can be injected into the bloodstream. Then, spectrophotometry reveals the amount of Evans Blue dye accumulated in the brain, if any. To assess the full amount of BBB leakage, optical imaging is preferred following the dyeing process

MMP9 Level Evaluation
Matrix metalloproteinases, or MMPs, are enzymes that break down the peptide bonds that hold proteins together. They contribute to BBB damage by breaking the tight junctions that maintain BBB integrity. MMP levels elevate following tissue damage in the liver or brain (i.e., stroke, traumatic brain injury). Testing for high MMP in the blood can disclose a patient's likelihood of Leaky Brain. As a preliminary treatment, the patient can begin taking an MMP inhibitor to limit BBB damage

Genetic Testing
Genetic testing can reveal if someone is innately inclined to develop a Leaky Brain. Alterations in any of the genes that express tight junction proteins, control oxidative stress, regulate inflammation, or fight autoimmunity can cause Leaky Brain. Knowing such altered genes are present can even further direct an individual's treatment options and choices

Additional diagnostic measures that can be explored involve testing with horseradish peroxidase (HRP), radiolabeled markers with sucrose or inulin, other blood proteins (fibrinogen and immunoglobulin), sodium fluorescein, and dextran. An Integrative Health Practitioner can provide more information on all these tests.

How to Reverse and Heal a Leaky Brain – Stop, Start, and Seek
Treating a leaky brain starts by healing a leaky gut. This involves eliminating all the causative factors of leaky gut and leaky brain and then adding dietary and lifestyle factors that support brain health.
Following these steps will lower inflammation in the body and brain, maximize the transport of oxygen, glucose, and other nutrients into the brain, facilitate better removal of toxins out of the brain, reduce oxidative stress, and help rebuild tight junctions to restore the integrity of the BBB.
STOP:

- Consuming gluten and foods that the individual cannot tolerate
- Including sugar and processed foods in meals
- Ignoring stress
- Allowing bacterial and viral infections to fester before getting treatment
- Drinking alcohol in excess
- Exposure to environmental toxins in air, water and food

SEEK:
Supplements that help repair the BBB, (do seek the support of an integrative health practitioner) including:

Special Treatment for People with Multiple Sclerosis
Steroid hormone treatments, such as methylprednisolone, have proven helpful in reducing MMP9 levels in the central nervous system. Such therapies also prevent BBB leakage, demonstrate BBB strengthening effects, and decrease brain inflammation by lowering the number of circulating immune cells.
Special Treatment for People with Seizures and Epilepsy
Anti-epileptic, anticonvulsant drugs, microRNA treatments, and mTOR inhibitors are potential forms of treatment exclusively for their ability to prevent or limit seizure activity. While more research is needed, in theory reducing seizure events will limit the spread of inflammation as well as albumin leakage into the brain allowing BBB tight junctions time to repair.

It is never too early to take measures to prevent Leaky Brain nor too late to take steps to fight Leaky Brain.

The sooner diet and lifestyle align to support gut health as well as brain health, the sooner the Blood-Brain Barrier will regain it's full protective function and prevent Leaky Brain. 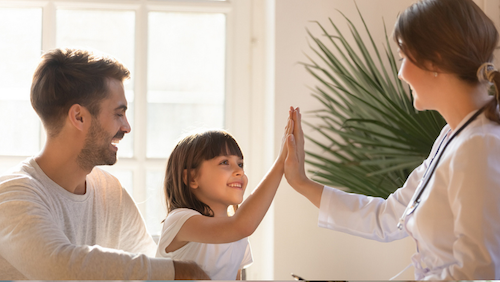 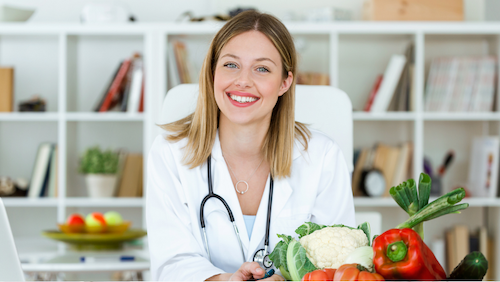 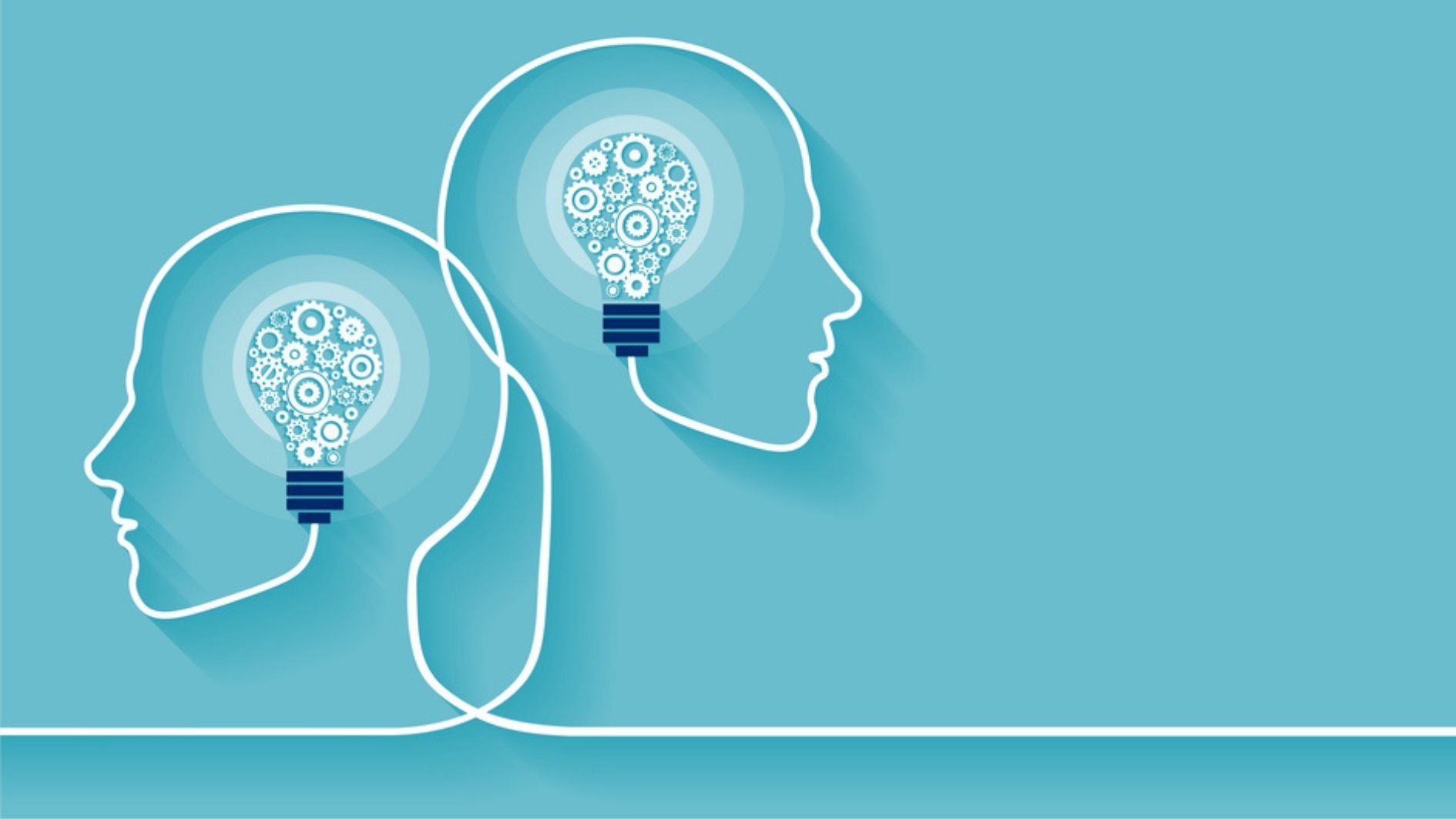 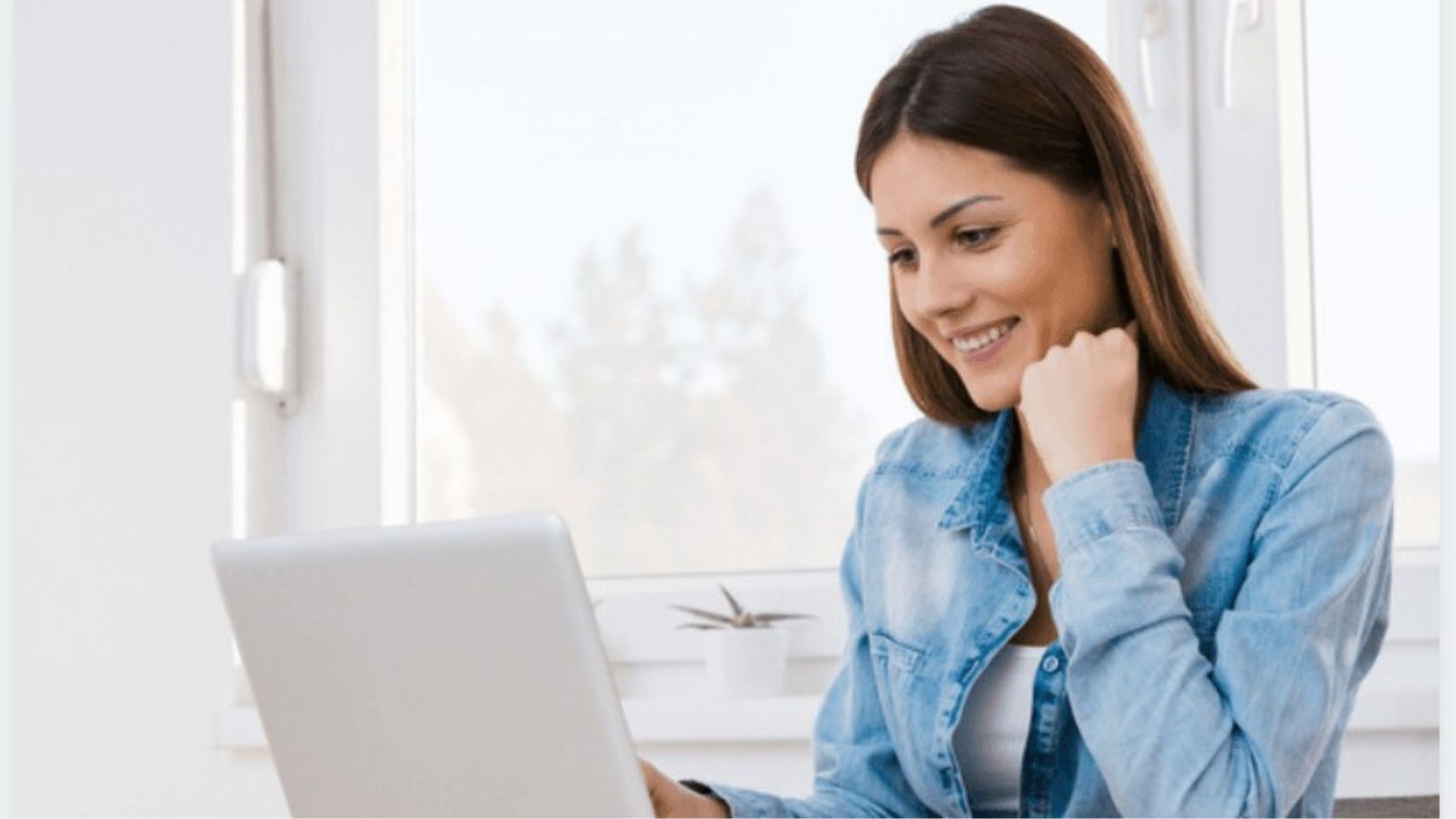 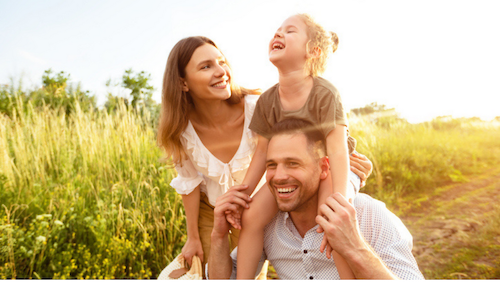 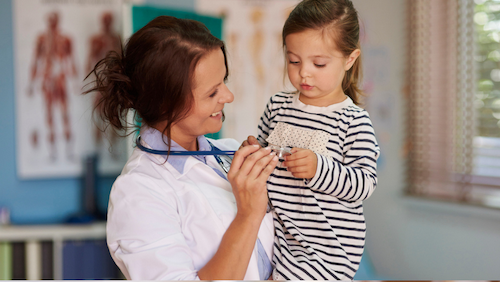 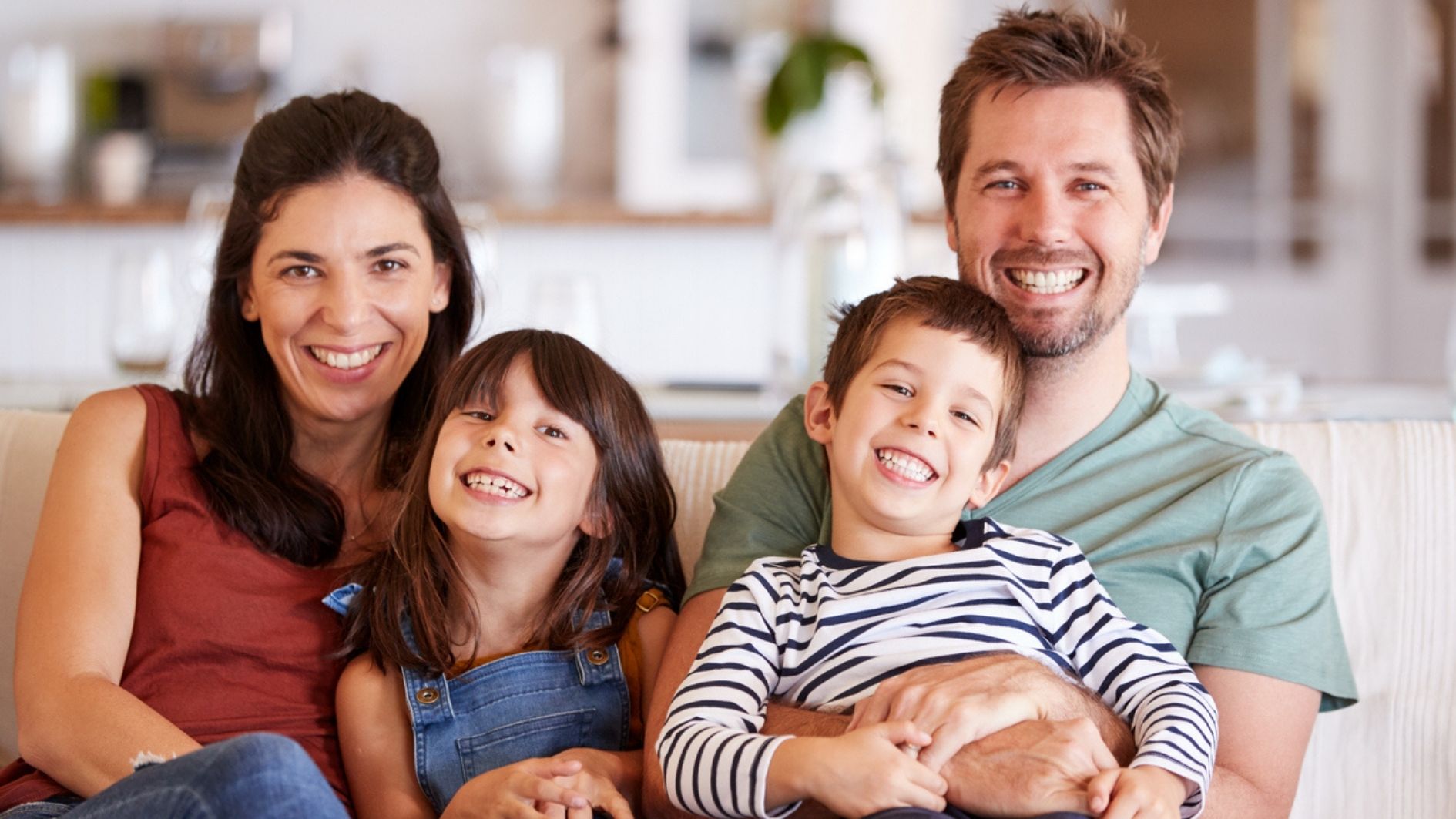 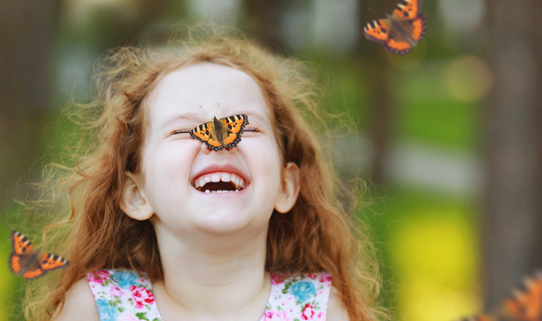